25th May
It really is spring now, but it is so cold that the tulips have lasted a month. In the Par Terre it was not Blue Heron as expected, but Bulldog interspersed not with Cistula but something that was a much harsher yellow. Polly thought it was ‘very Christopher Lloyd‘. It is annoying as one puts a lot of thought into it, but Peter Nyssen could not have been nicer and are giving me a refund for Bulldog. If you took away the colour provided by the tulips at this time of year, your garden would seem sombre. There is every tulip available, many of which seem to have stepped out of a Dutch painting. There are several reasons why I select them, colour and robustness, and time of flowering. For example Ballerina has reappeared in my garden, year after year. What I do is plant them very deep on a bed of grit and bonemeal. Then I sprinkle grit on the top of the soil so that I do not make the mistake of planting something on top. This is all done the end of October or November.

At this time of year there are domes of gold, and these are Euphorbia Polychroma. This seems to seed mildly in cracks and gives an enchanting random effect. Euphorbia Palustris is larger, and the same colour, and does not seem to seed with me. I would not be without Valerian Phu Aurea which Victoria Wakefield gave me. It is a lovely golden colour now, and later on turns green, and the flower has a very sweet scent. There are quite a few geraniums with golden leaves which are pretty to mingle with. Geranium Anne Folkard and Geranium Anne Thomson, both seem to flower indefinitely.

At the moment that garden seems to consist of several different shades of green, which is very peaceful to live with. Cornus alternifolia argentea, and Cornus Controversa, are both breaking into leaf, and they are such elegant shapes that your eye is immediately drawn to them. The beds themselves, with a lot of effort on my and Polly’s behalf, are varying textures of blue, green, variegated green, the purple haze of thalictrums, the golden foliage of euonymus and the golden foliage of Thalictrum Flavum Illuminator; and the amber colour of the new foliage of the yew. When you walk around the garden looking at it it is roughly growing 2 inches a day.

Last weekend we had a group of Australians round the garden. In spite of not knowing my plants, it was very encouraging as they simply loved the garden. I had to speak to them with a microphone which I had never done before! They were more appreciative than anyone I had ever had. 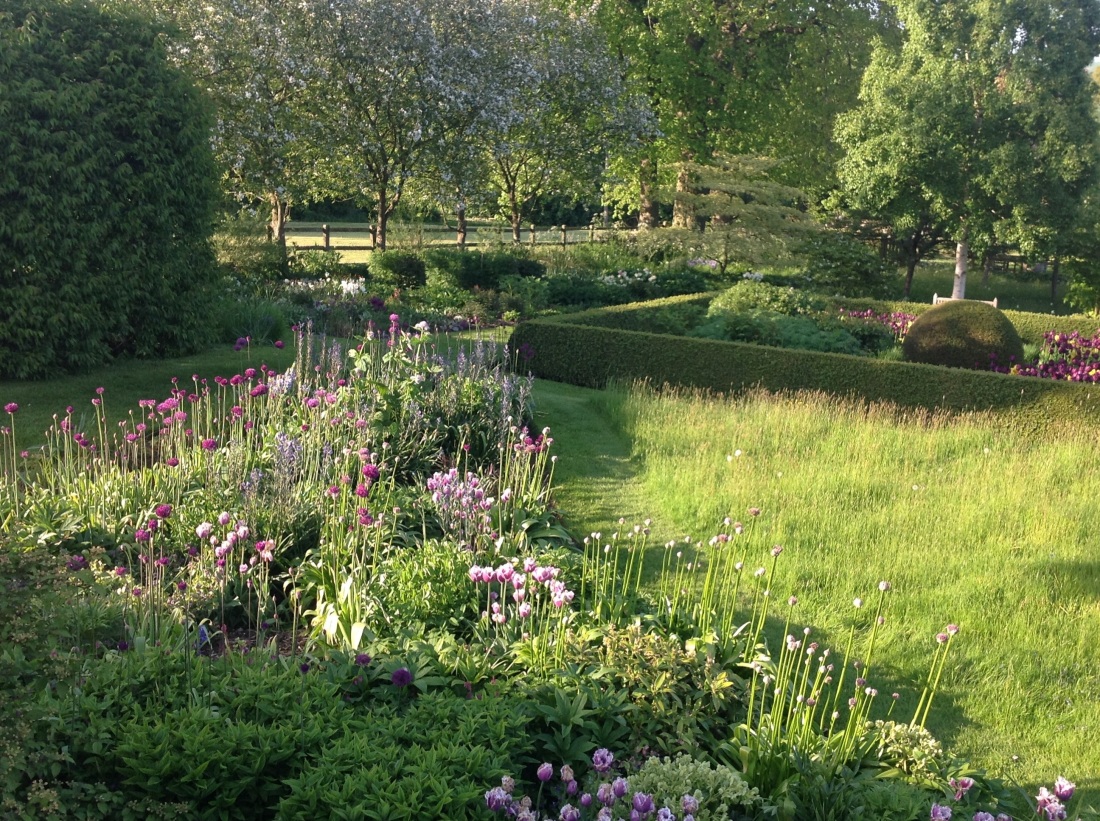 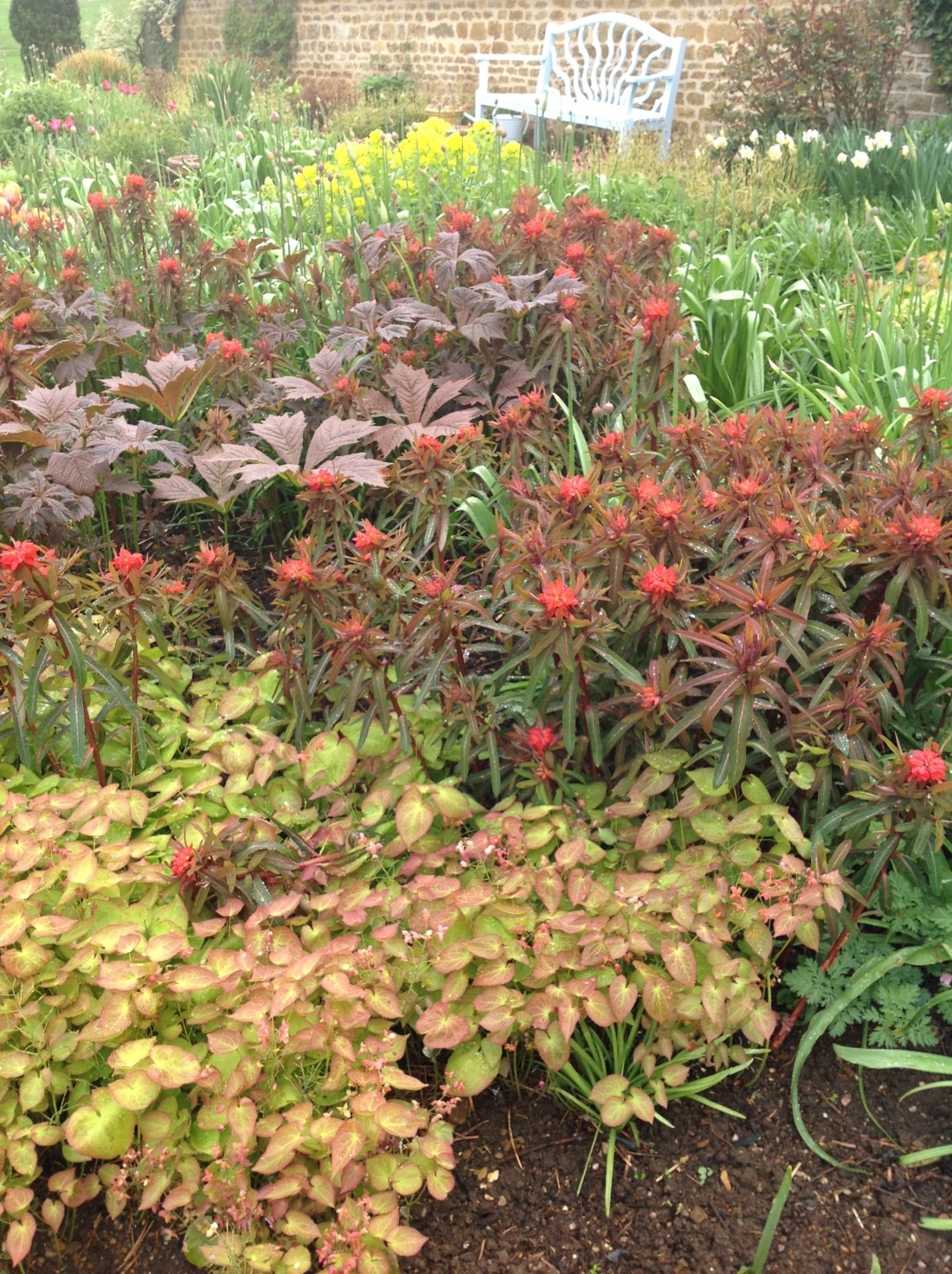